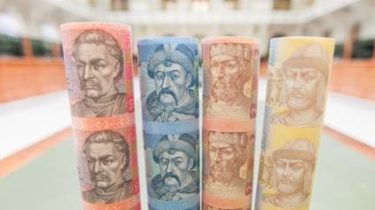 After relative calm in Ukraine may again begin the season of “collapse” of banks. This time is small, because they are now actively checking Bank. Part of them or the regulator proposes to find a niche in the market, or instead of the Bank become the financial institution, or to merge with another Bank, or even to self-destruct.

In an interview, “the Finance Ministry,” said Deputy Chairman of the national Bank Ekaterina Rozhkova.

Until the end of July, banks must increase their capitalization to 200 million UAH.

“Twenty-second (in terms of assets) are required to make 5% now. The third is the goal to reach a zero value, and 5% – until the end of June. That is, the middle of the year 60 banks (which is 98% of the system) must show capital adequacy at the 5% level. The remaining 36 banks, we still diagnose, to early fall we will have results throughout the system. Yes, there is still a target of 200 million. Just left the Bank 34, which has not yet dokapitalizatsii to this amount. Critical 13 of them – all mostly very small banks,” – said Rozhkov.

She said that these banks do not have declared insolvent and liquidated.

“Critical” does not mean that they are all very bad. We started working with a few banks in July last year, when they made a capital of 120 million hryvnia. We met with the owners of these banks and advised them or to revise their business model (because to compete in the market especially small banks very difficult) or to think about voluntary refuse from the status of a Bank. Still, they accumulate a lot of money, and live – we do a very strict check. A year ago, they assured us that they have plans for development, but during this time, so nothing has changed. What sense to invest the extra money in the Bank if he does not “exhaust” business? After the may holidays, we once again want to invite the owners of smaller banks and talk to them about it”, – announced Rozhkova.

Some banks are considering a merger. Say, “Industrialbank” and “Express-Bank”.

“We have two more pairs of banks that were waiting for the law. Now they are preparing a merger according to the simplified procedure. Sometimes the managers of the concerned banks to come to us and ask us to recommend someone with whom you can unite. But we’re the regulator, and can’t give them such advice. I can offer them except to surrender the license – if they have no business,” – said the Deputy head of the NBU.

Now the regulator has acknowledged the problem three banks.

“Together now in the three troubled Bank. But, you know, it’s a process. The problem can be not only due to lack of capital or something else. The Bank can just raise questions, the solution of which need a little more time. For its part, the problem gives us an opportunity to strengthen supervision of such banks. More serious consequences this is not a guarantee,” said Rozhkov.