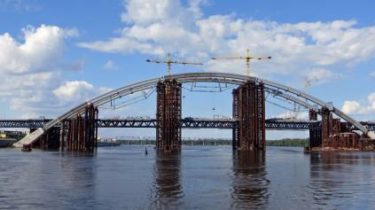 Kiev city administration found violations at 129 million in signed contracts for the construction Podolsko resurrection of the bridge.

This is reported by “Ukrainian news” with reference to the results of the audit.

It is noted that in General during audit installed finaustria in the amount of 129,483 million hryvnia, which led to the loss 16,836 million.

So, “Directorate of construction of road facilities in Kiev” has not implemented adequate control over the disbursement of funds that were transferred to the company “Mostostroy” for purchase of structures and materials for construction.

It was revealed overestimate of cost of the executed works on 16,790 million.

In addition, the results of the inventory of materials for construction, confirmed only remnants of the structures acquired in 2007-2015 in the amount 43,536 million hryvnia from the total amount of unprocessed inventory 180,7 million.