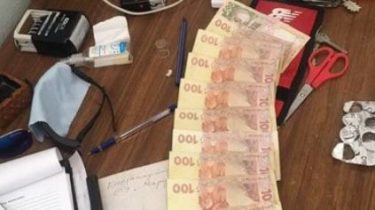 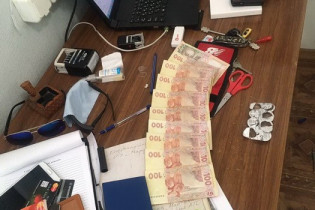 On PPC “Marinka” detained two Ukrainian officers who gave out crossing the demarcation line in the ATO area.

“Two Nesterovich officers of the Armed Forces who worked for PPC “Marinka” in the area of antiterrorist operations, exposed to systematic bribery by the security Service of Ukraine together with Prosecutor’s office”, – stated in the message.

As it turned out, the majors are systematically taking money from the citizens, who crossed the line of demarcation, the results of one pass was estimated at 200 hryvnia.

In addition, the graft has established cooperation with terrorists of “DNR/LNR” regarding the accelerated badges.

Extortioners detained during receiving of the next “package” of a bribe in the amount of 1000 UAH. Law enforcement officers seized ammunition from the detainees, foreign passports and Russian currency.

Currently open criminal proceedings, the issue of election as the detainee of a measure of restraint, the investigation is continuing.

We will remind, earlier in Kiev Lieutenant Colonel of the national guard have been arrested for “hire” guards. The detainee received 15 thousand dollars.