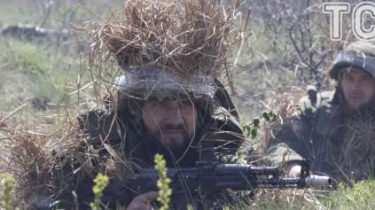 The militants of the so-called “DNR” are preparing for possible protests in the occupied territories in the period of holidays. It is reported by the Main intelligence Directorate of the defense Ministry of Ukraine.

It is noted that the situation in the Donbass is characterized by the increasing intensity of enemy attacks in the context of measures to improve combat readiness. 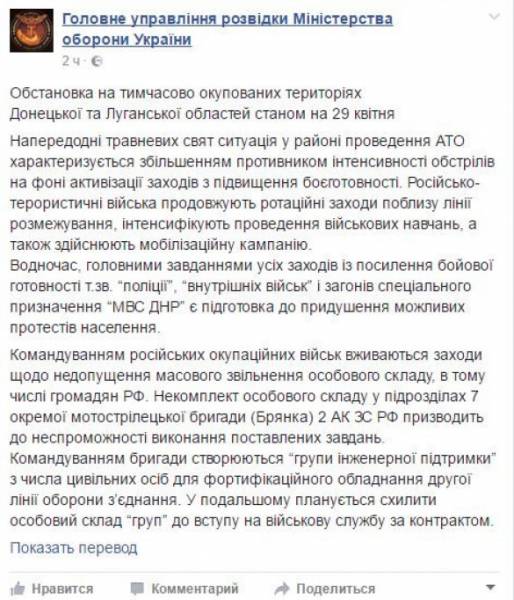 The main intelligence Department of the Ministry of defense of Ukraine

Intelligence officers say that the main objectives of all the measures on strengthening of combat readiness of the so-called “police”, “internal troops” and special forces “MIA DNR” is the preparation for suppression of possible protests.

Earlier it was reported that “MGB DNR” is finalizing a plan to make provocations for may 9 in government-controlled areas of Donbas. According to “Information resistance”, they will be committing acts of vandalism in cemeteries and at monuments to soldiers killed during the ATO and the Second world war.