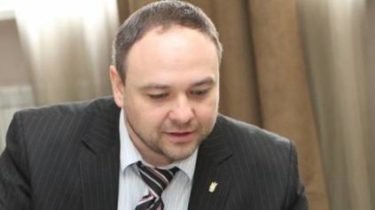 Dniprovskiy district court of Kyiv chose a measure of restraint in form of detention to the Chairman of the constant Commission on ecology Maxim Capaccino.

This was reported by press Secretary of the Metropolitan Prosecutor’s office Nadezhda maximes in Facebook.

“At the request of the Metropolitan Prosecutor’s office of Dniprovskiy district court of Kyiv at the meeting 28.04.2017 chose a measure of restraint in the form of detention to the Chairman of the permanent Commission for ecology, nature management, water resources, elimination of consequences of the Chernobyl accident and other emergencies of the Kiev regional Council, who on the eve of the Prosecutor’s office detained on a bribe in 10 thousand dollars,” she wrote.

SAP appealed the measure of restraint ex-to the Deputy Martynenko

In addition, the court determined in the alternative, the possibility of bail in the amount of 600 thousand UAH.

Despite the fact that the Prosecutor at the hearing insisted on collateral in the amount of 2.5 million hryvnia, the specified judgment to be appealed in terms of the amount of cash collateral.

We will remind, the Prosecutor’s office jointly with the SBU detained on a bribe in $ 10 thousand of the Deputy of the Kyiv regional Council, Chairman of the standing Commission on environmental issues of Maxim Zapekina.

“The search is in connection with the detention of Maxim Zapekina. SBU is looking for solutions and documents associated with these things – to grant permission for subsoil use for a bribe”, – he explained, adding that Starikova became ill and she provide medical assistance to ambulance paramedics.