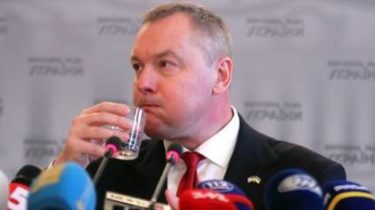 President Petro Poroshenko signed a decree on the termination of citizenship of Ukraine, people’s Deputy Andriy Artemenko. In 2005 Artemenko received citizenship of Canada.

About this in Facebook wrote the people’s Deputy Oleg Lyashko.

“So Artemenko, who himself admitted and confirmed it on interrogation in office of public Prosecutor of Crimea on getting them canadian citizenship, according to the current law has lost the Ukrainian citizenship. Now we will demand that the Parliament at the first plenary meeting, on 16 may ahead of schedule stopped powers as a Deputy Artemenko,” wrote Lyashko.

The MP noted that Artemenko no longer in Ukraine.

“According to my information, today at 6:30 in the morning Artemenko flew to Vienna, Austria. I hope he will be back and will pass a Ukrainian passport, which he traded on a foreign,” – said Lyashko. 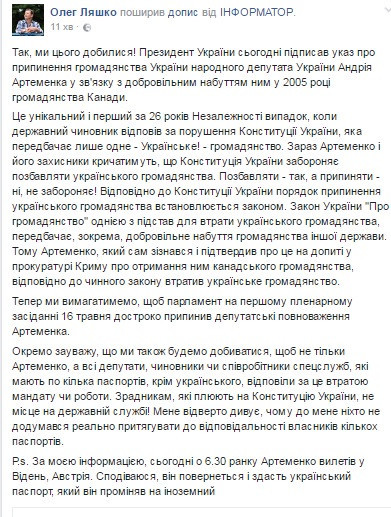 Earlier it was reported that the Prosecutor General’s office initiated the deprivation of citizenship of Ukraine, the scandalous Deputy Artemenko. The Deputy who wanted to “take” Crimea is leased to Russia, has dual citizenship.