Hammer and stone: in Kiev smashed the bus carrier, which has lowered the price of admission 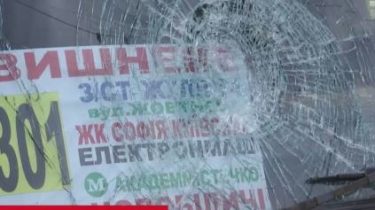 In Kiev unknown threw stones at two busand one minibus smashed with a hammer. Attack on commuter bus occurred within one hour on the route to the Cherry, said in the story TSN.19:30.

A witness at the bus stop “Akademgorodok” tried to detain the criminal who smashed the bus window with a hammer, but got him – the man received a blow to the head and was in the hospital. The attack was recorded on a surveillance camera from a kiosk.