The GPU has denied the initiation of criminal proceedings against Suprun 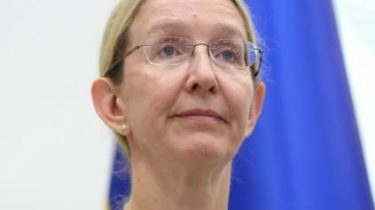 This was announced on his page on Facebook press Secretary of the Prosecutor General of Ukraine Larisa Sargan.

“The Prosecutor General’s office opened criminal proceedings against the acting Minister of health Ulyana Suprun. So they want to refute the words of the Director of NABU Artem Sytnik”, she said.

According to Sarhan, the GPU and the interior Ministry only conduct the test on an episode of transport of imported medicines in Ukraine over the past years.

“I repeat – Suprun is not a defendant in any criminal proceedings”, – concluded the press-Secretary of the Prosecutor General.

Recall that Prime Minister Vladimir Groisman wants to appoint an acting Minister of health Ulyana Suprun as the Minister. Groisman noted that the consultations on this issue are still ongoing.

27 July 2016, the Cabinet has made the decision to replace the acting Minister of health Victor Saranskogo on the volunteer Ulyana Suprun. Suprun was born and lived in the United States. Only in the autumn of 2013, together with her husband moved to Ukraine. Prior to being appointed in the medical corps during the revolution of Dignity, and then headed the humanitarian initiatives of the Ukrainian world Congress. Suprun also founded an organization to conduct training for physicians and assistance to the Ukrainian fighters under the name of “Protection of patriots”.