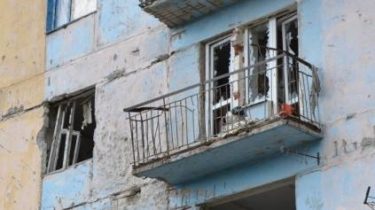 During the shelling of residential areas of Marinka on Monday evening, may 1, injured two local residents.

This was announced by the head of the Main Directorate of Ukraine in Donetsk oblast Vyacheslav Abroskin on his page in Facebook.

“Army” under the leadership of the implementer of chicken intensified. Tonight, massively militants fired at the private sector Marinka, where they continue to live a peaceful residents,” – said Abroskin.

According to him, the shelling in the district of vul. Printing, injured two local residents, 1952, and in 1973-called the Information on victims while is specified.

We will remind, earlier it was reported that 52-year-old resident of Maryinka received shrapnel wounds to his face and a concussion as a result of attack of fighters. The man was in his own yard. The incident occurred yesterday, April 30.