“Dembelsky chord”. The military explained why the militants destroyed the cemetery in Popasnaya 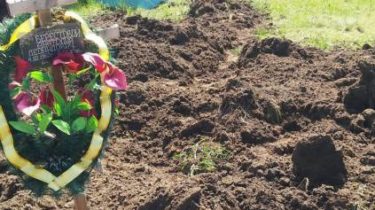 One of the hottest spots in Donbass now is the city of Popasnaya in the Luhansk region, according to a story TSN.19:30.

The militants, firing from heavy artillery as Ukrainian military positions, and the city was in the local cemetery. The explosion damaged about two dozen monuments and crosses.

This cemetery is located almost on the outskirts of Popasnaya, and opposite from the front line. In this part of town attacks never happened. Therefore, the military can not understand the logic of the militants.

“The meaning here to shoot no really. There is neither our position, nor the military. Just the cemetery – everything. About five kilometers, maybe even more from our positions”, – said the press officer of the APU Nazar Ilnitsky.