Affected residents of Marinka: “Everyone knows that there are Russian troops” 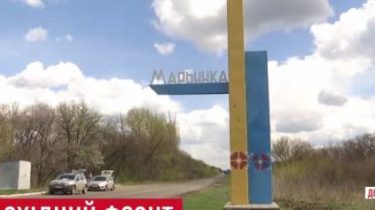 During the shelling of Maryinka , civilians have suffered – family Latowski. In the yard of their house hit by a shell AGS, says the story TSN.19:30.

Shrapnel wounded two people. “In the leg, in the knee – walked in and left. In the elbow” – lists Gennady Letowski who lost a lot of blood and now rests on painkillers. His son was not so lucky – the shrapnel had hit him in the stomach. The victim’s condition does not allow him to communicate with journalists.