A former fighter from the Donbass began to serve in the U.S. army – media 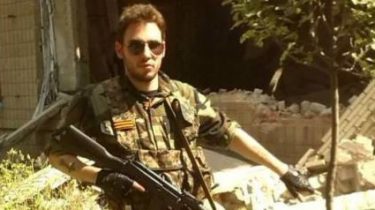 A former fighter from the Donbass began service in one of the units of the U.S. army in the Hawaiian Islands.

About it reports “Voice of America” citing The Washington Post.

29-year-old Guillaume Cuvelier took part in the fighting against the Ukrainian military in 2014 and 2015. He, in particular, featured in the documentary is the Polite People, “Polite people”, which is available at Amazon.com and stories on the activities of international units of mercenaries and militants from various countries who came to the Donbass to fight on the side of the separatists.

In the film Polite People Cuvelier says that he arrived in Ukraine without support of Russia on their own, through the Western border of the state, after Russia denied him entry because of the inconsistency of the visa. Before you go to the Donbass, he had been in Kiev and Kharkov, and then together with other foreigners-mercenaries went to the war zone posing as a journalist and student.

Cuvelier told me that he fought on the side of Pro-Russian separatists, because for Russia it represents the power of resistance and serves as an example of a healthy society based on traditional values and patriotism.

The film also shows the common picture of Cuvelier with the leader of fighters Igor Girkin.

Information on Cuvelier is on the Ukrainian site “Peacemaker”, also wrote about it in the Russian edition Lenta.ru in 2014-m to year.

The Washington Post writes that the American army did not know about the past Guillaume, who has dual citizenship of France and USA. It launched an internal investigation.

Representative of the Armed forces of the United States told the publication that often serve to prohibit those who have demonstrated extremist views or actions.

“If the spokesman of the army stipulates that anyone who wishes to enter the service meets the standards of the U.S. Army, the officer may in exceptional cases allow the one who atoned for the mistakes of the past, to serve their country. But for many involved in gangs or extremist activity eliminates the chances to become soldiers,” – said the representative of the US Army.

According to American journalists, Cuvelier was related to the environment of the far right in France, and after Ukraine went to Northern Iraq, where he fought on the side of the Kurdish forces.

He Cuvelier in comments to The Washington Post confirmed that it is in the us army, but noted that he changed his mind, wants to break with the past and seeks to protect “their country and its Constitution.”

He also said that the publication of information about his past will threaten his career in the U.S. Army and will serve those who want to embarrass the armed forces of America. He asked journalists not to publish the article.

We will remind, on April 30 it was reported that the Polish border guards detained at the border checkpoint “dorogusk-Yagodin” citizen of Austria, who is suspected of involvement in militias in the Donbass, the mockery and murder of Ukrainian hostages.

According to the Austrian law enforcement authorities, Austria citizen, who was detained on the Polish-Ukrainian border near Dorohusk, fought in the Donbass on the Ukrainian side.