In Ukraine, Lavrov suggest you carefully read the decision of the court in the Hague 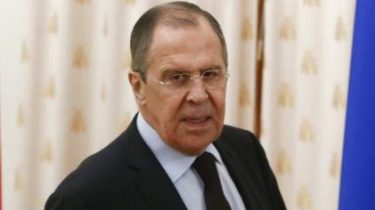 The Ministry of foreign Affairs of Russia advised Ukraine to carefully read the text of the decision of the International court of justice in the Hague.

This is stated in the official statement of the Ministry.

“The impression that the Ukrainian officials are now “automatically” read the text, prepared long before the decision the International Court of justice, without any regard to what is actually decided by the Court. Encourage them to find the time to carefully read the text of the relevant decision”, – said the Agency.

Lavrov said in the text of the decision on provisional measures of any wording about the persecution, the persecution of the Crimean Tatars and Ukrainians in Crimea.

“Contrary to the claims of the Ukrainian side in the International Court of justice decision no requirements to the Russian Federation “to lift the ban of the Mejlis of the Crimean Tatar people”, – said the Ministry.

It is noted that “the court took a principled stand and did not support the statement of Ukraine about the alleged “aggression”, “occupation” of Crimea as not relevant to the merits consideration”.

in Particular, Ukraine accuses Russia of violating several UN conventions — particularly the Convention on the suppression of the financing of terrorism.