Telephone conversation: tramp for the third time to communicate with Putin 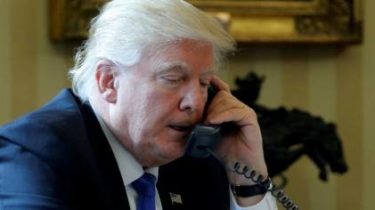 The President of the United States Donald trump is planning to talk on the phone with Russian leader Vladimir Putin on Tuesday.

About it reports Reuters, citing a White house statement.

A senior official of the us administration noted that the heads of state probably plan to discuss the war in Syria.

Telephone conversation of the American and Russian leaders will take place at 19:30 Kyiv time.

This third phone conversation trump and Putin. The first conversation between the two leaders took place on 28 January, during which the presidents of Russia and the United States agreed to continue cooperation between Moscow and Washington both at the level of experts, and in the format of personal contacts. 4 APR trump called Putin to Express condolences for the terrorist attack in the subway of St. Petersburg.