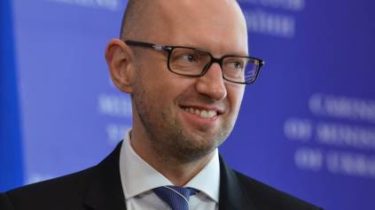 Interpol officially refused Russia in the indictment and the request for international arrest warrant against ex-Prime Minister of Ukraine Arseniy Yatsenyuk.

This was announced by the Minister of internal Affairs of Ukraine Arsen Avakov on his page on Twitter, by posting a copy of the document.

“Interpol on may 3 officially refused Russia the absurd accusation and the request for international search Arseny. Gebistskaya provocation to burst,” he said. 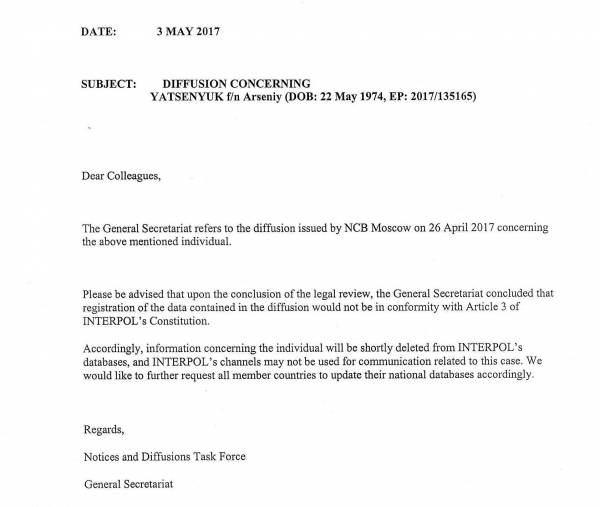 Recall, the Ministry of internal Affairs of Ukraine has addressed in the Interpol with the request to take into account the position of Ukraine (as set out in the statement of Affairs) and to prohibit political party inspired by the Russian prosecution Arseniy Yatsenyuk.

The decision to arrest was taken Essentuki city court of Stavropol region of the Russian Federation, taking into account the resolution of the investigator of the Main investigation Department of the TFR in the North Caucasian Federal district. The foreign Ministry this decision called absurd.