In Minsk began making beer for the occupants of Donetsk 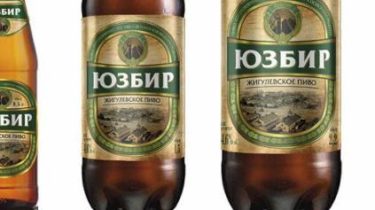 At the Minsk brewery “Krynitsa” has started bottling company “Master-trade” from Donetsk, which is “the largest importer of goods in the “DNR” and “LNR”.

Beer “, Usper”, which will sell in the occupied territories, was announced by Director of marketing Evgeny Prokopenko-Demes. He said that “Ubber” issued in accordance with state standards at the production facilities in the Republic of Belarus, the quality of products at all stages controlled by the state, informs Radio Liberty.

“This is the first beer private label, “DNR”. To develop the brand, we started relatively recently and in a short time has been able to market it. On the naming, concept and design worked as employees of the company, without the involvement of other professionals…. “Ubber” already appeared on the shelves of stores, ” he said.

In the Donetsk office of “Master Bargaining” did not specify why the spill was chosen Minsk.

Earlier the Ukrainian investigation establishedthat the Russian officers remove from the “service” in terrorist “DNR” for the use of alcohol and drugs.