SAP will demand the arrest of all property Martynenko 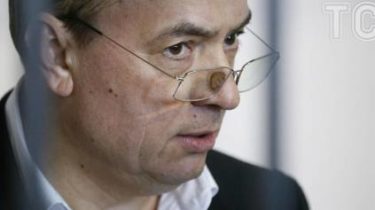 Specialized anti-corruption Prosecutor’s office will initiate the arrest of the entire property eks-the Deputy of the Verkhovna Rada Mykola Martynenko.

This was announced by the Prosecutor of SAP novel Simkiv, reports Radio Liberty.

“Article (according to which the accused Martynenko) provides for confiscation of property, therefore it is our obligation to apply (arrest) all property that is found,” said Simkiv.

The corresponding statement he made after the court postponed to may 12 meeting, on the complaint of the ARS on the refusal of the court of the previous instance to arrest Martynenko.

Ex-MP after the court session said that he has twice been questioning the NAB and handed over their passports.

Meanwhile, the Kyiv court of Appeals explained the postponement of consideration of the complaint of the prosecutors that the court has not received materials of the criminal proceedings.

We will remind, on Wednesday, may 3, Kyiv Appeal court had to consider the appeal of Specialized anti-corruption Prosecutor on the decision of Solomenskiy district court of refusal to arrest Mykola Martynenko. Due to the lack of case materials and with the support of the parties of process, the court decided to postpone the meeting on 12 may at 10:00. The whole meeting lasted a few minutes.

26 APR SAP appealed the decision of the investigating judge of Solomensky court of election of a measure of restraint for former people’s Deputy Nikolay Martynenko.

20 APR detectives NABOO and SAP prosecutors arrested two people — former Deputy Mykola Martynenko and his accomplice Sergei Fracture on suspicion of forming a criminal organization and of misappropriation and embezzlement of property per SE “VostGOK” damages in the amount of 17.28 million dollars.