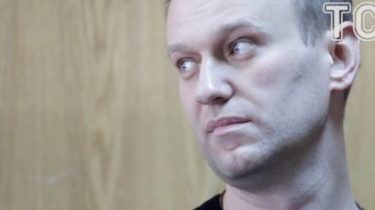 Kirov regional court on Wednesday, may 3, upheld the 5-year suspended sentence of opposition leader Alexei Navalny in the case of embezzlement of more than 16 million rubles of the company “Kirovles”.

Protection of the opposition will appeal against this verdict in the European court of human rights.

The court also upheld the lower court decision to forcibly deliver the Bulk process in the Leninsky district court of Kirov, as the opposition has repeatedly missed meetings without valid reason.

According to investigators, Navalny, along with businessman Peter Ofitserov organized a supply agreement with the timber enterprise “Kirovles” on obviously unprofitable conditions for the latter, and then spent transferred under the agreement, the timber 16.1 million rubles.

Earlier the court during the retrial found Navalny guilty and sentenced to five years probation.

The Kremlin is preparing a campaign to discredit Navalny – media

Meanwhile, lawyers believe that criminal records close Bulk the opportunity to run for President of the Russian Federation. Protection Navalny believes that even with two suspended sentences he has the right to run for this position.

Navalny intends to seek clarification of the law to the constitutional court.

Previously Navalny was sentenced to probation on charges of misappropriation of company funds “Yves Rocher”. The politician categorically rejects all allegations and called his prosecution politically motivated.

We will remind, in November of 2016, the Russian Supreme court decided to overturn the decision of a lower court in the case of “Kirovles”, according to which who sentenced opposition leader Alexei Navalny and Peter ofitserova. The Supreme court’s decision was made taking into account the decisions of the European court of human rights in this case.

Bulk in October 2013 received a suspended sentence of five years in the case of “Kirovles”, during which he was denied the right to participate in elections. Navalny, who worked in 2009, an adviser to the Kirov region Governor on a voluntary basis, and businessman Ofitserov were found guilty of embezzlement of the state enterprise “Kirovles”.