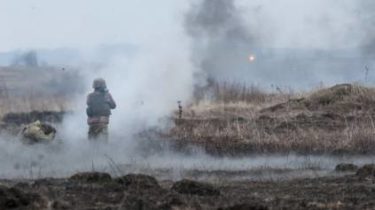 On the evening of may 1, three Ukrainian soldiers were killed in the area of Svetlodarsk arc, near the village Lugansk, as a result of falling under heavy enemy fire.

This was stated by the speaker of the Ministry of defense of the ATO, Colonel Alexander Motuzyanik.

“As a result of the attack among the soldiers, there are wounded. During the evacuation of the wounded, three were killed. One blew himself up with a grenade so as not to be captured” – he said.

According to Motuzyanik, now the Ukrainian side is making efforts to return the bodies.

He also said, only 1 may in the Donbas were injured 4 military.

Separately, the spokesman for the defense Ministry confirmed that over the past day no dead, but 9 soldiers wounded.