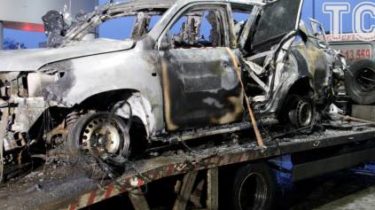 In the Internet appeared the video, which recorded the moment of explosion of the car of the OSCE on the occupied part of the territory of the Luhansk region.

As seen on the record, two armored vehicles of the OSCE are driving down the road on the outskirts of the village of pryshyb controlled by the militants. After a few seconds an explosion occurred in a roadside bomb. In particular, the video shows flames and a column of thick, black smoke that rises into the sky.