A court in Kyiv issued a summons Yanukovych 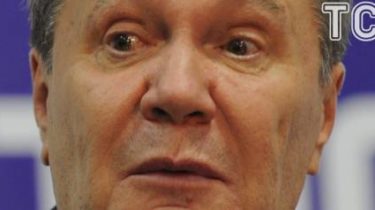 Obolonskiy district court of Kiev issued a summons deprived the title of President of Ukraine Viktor Yanukovych, who is accused of treason.

The agenda referred to his trial on may 18.

The document appeared on the website of the court. 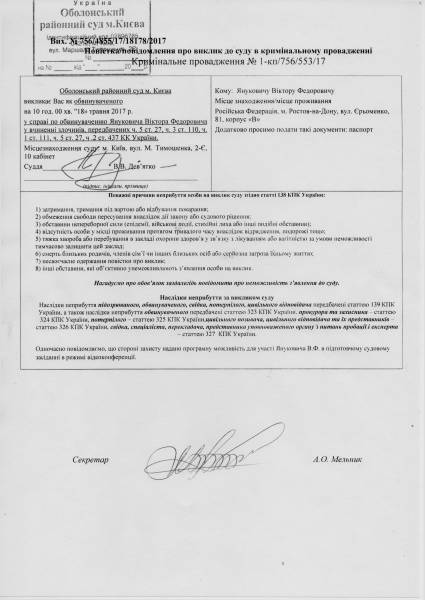 Asked show get. That means the removal of Yanukovych and Co. with international search

Suspicion Yanukovych has declared the public Prosecutor of Ukraine Yury Lutsenko during videotapes former head of state. At the same time Lutsenko has declared that will give the documents to lawyers who were present at the hearing and properly to Rostov. Note that the main argument of the prosecution was a letter from Yanukovych to Putin asking for military support.

Thursday, may 4, the presiding judge of Obolon district court of Kiev Vladislav Devyatko gave permission to protect the ex-President of Ukraine Viktor Yanukovych to organize a videoconference for participation of their client in trial. After this preparatory session on the case of Viktor Yanukovych declared a break till may 18.