In Kiev, three aggressive teenagers climbed onto the roof of the train and blocked traffic 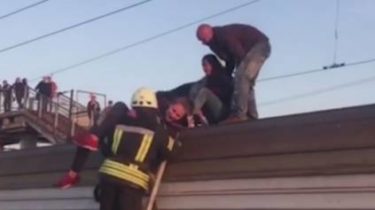 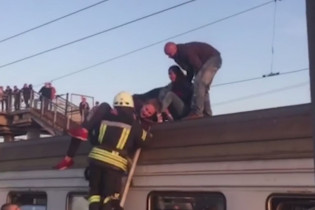 In Kiev at the railway station “Petrivka” juveniles climbed to the roof of the trains and aggressively respond to calls for law enforcement officers to get off the ground.

The incident occurred on 4 may. Violation of the order at the station saw local police officers. They encouraged minors to come down. Those back went on the roof and threatened to grab the power cable.

The railroad had to switch off the power supply. Filmed two girls and a guy from the roof of a force – using police officers, rescue workers and concerned. They loudly swore and asked to throw them a video to brag about it on social networks.

In Kharkiv, two people were killed in electroprovod high voltage

The children were sent to the Obolon police Department and spent with them explanatory conversation. Their behavior minors Kiev explained by the lack of extreme sensations.

Information about this incident is properly registered in the magazine of the uniform accounting of statements and messages of citizens Obolonsky police Department. Once the verification actions of adolescents will be provided with an appropriate legal qualification.

We will remind, earlier in the Dneprovsky district of Kiev, two siblings deciding to drink beer on the roof of the car, was struck by the current. One of the boys was fatally shot and left lying on the roof of the car – from there he soon removed by rescuers. The other brother also received a high voltage shock, then he fell to the ground and was hospitalized.