The migration service told the details of deprivation of citizenship Artemenko 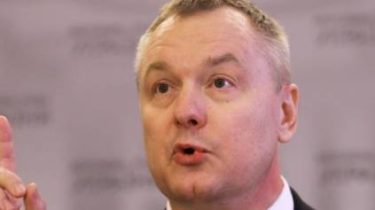 In the migration service of Ukraine told the details of deprivation of the people’s Deputy Andriy Artemenko citizenship.

It is noted that submissions Artemenko was provided by the Prosecutor General of Ukraine through the Ministry of the interior.

The documents were elaborated by the migration office and forwarded to the Commission on citizenship issues under the President of Ukraine.

They are duly considered at the Commission meeting 25 April.

“According to the Constitution of Ukraine the President of Ukraine adopts a decision on loss of citizenship Ukraine on the basis of the conclusions of the Commission on citizenship issues”, – stressed in the migration service.

Overall, in the period from 2012 to 2016 by decrees of the President issued a loss of nationality in relation to 323 people.

Artemenko commented on the possible deprivation of his citizenship

Recall President of Ukraine Petro Poroshenko signed a decree deprived of citizenship of the people’s Deputy Andriy Artemenko and former Deputy Minister of economy Alexander Borovik. The relevant document on the page in Facebook published the people’s Deputy from the Radical party Dmitry Linko.

The decree is dated the 29th of April. In addition to the controversial parliamentarian and former adviser to the former head of the Odessa regional state administration, Mikheil Saakashvili, Ukrainian citizenship was deprived of another three people – Denis Novgorod, Oksana NUSS and Lily USIC.