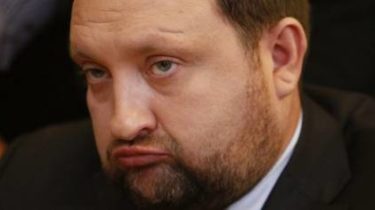 The General Prosecutor of Ukraine reported about suspicion to the former first Vice Prime Minister of Ukraine Sergey Arbuzov in misappropriation and embezzlement of budget funds in the amount of 220 million.

About it reports management of public relations and mass media of the GPU.

Pre-trial investigation in criminal proceedings occurs in cases of default by the buyer of shares of “Ukrtelecom” company “ESU” of the conditions of privatization on the creation of a dedicated telecommunication network special purpose (TMCH), the illegal financing of creation TMCH at the expense of public funds and the privatization of 92 % of the state package of shares of JSC “Ukrtelecom” at the underestimated cost.

“In criminal proceedings is made and in the legal way sent the message on suspicion to the former first Vice Prime Minister of Ukraine Sergey Arbuzov in the Commission of illegal funding during 2012 – 2013 years of the creation of the TMCH at the expense of the State budget of Ukraine in the amount of 220 million UAH for part 5 article 27, part 5 of article 191 (assignment, waste of property or taking to them by abuse of official position) UK of Ukraine”, – stated in the message of the Prosecutor General.

Currently, the issue of Arbuzov announcement in the international search and election of a measure of restraint.

We will remind that Sergey Arbuzov accused of embezzling public funds amounting to about 220 million. February 15, 2016 , the General Prosecutor’s office of Ukraine started the procedure of the special pre-trial investigation against the former official.