The military Prosecutor revealed in court to testify against Yanukovych 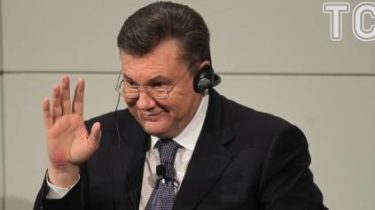 In the case of treason, deprived the title of President of Ukraine Viktor Yanukovych will give evidence of active and former Ukrainian officials, military personnel who served in the Crimea before the Russian occupation, as well as the former Russian state Duma Deputy Ilya Ponomarev.

About this on air of channel 5 said the Prosecutor of the Chief military Prosecutor’s office Ruslan Kravchenko.

According to the Prosecutor, in General, will show more than 100 people.

Suspicion Yanukovych has declared the public Prosecutor of Ukraine Yury Lutsenko during videotapes former head of state. At the same time, Lutsenko said that he will pass the documents to the lawyers who were present at the hearing and properly to Rostov. Note that the main argument of the prosecution was a letter from Yanukovych to Putin asking for military support.