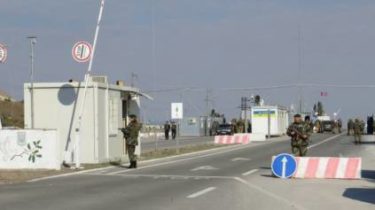 The mission of the International Committee of the red cross (ICRC) sent in uncontrolled Kiev territory of Donetsk region of 8.6 tons of humanitarian aid for medical purposes.

On Saturday, may 6, reported on the website of the State border service of Ukraine.

“Through PPC “Novotroitsk” at checkout on the uncontrolled territory proceeded 1 truck from the Mission of the International Committee of the red cross. The vehicle was transported for residents of Donetsk oblast health products with a total weight of 8.6 tons”, — stated in the message.

We will remind, bodies of three dead soldiers who gave their life saving the wounded battle sister, returned on the territory controlled by Ukraine.