In Avdeevka back electricity and water 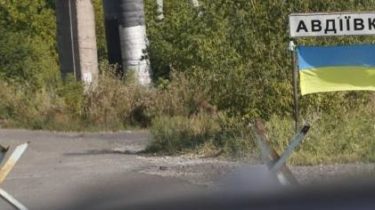 In the town a week after the damaging high voltage power linesthat led to the termination of the power of the Donetsk filtering station, which centrally provides water to the city restored electricity and water supplies.

About it reported in a press-service GU gschs of Ukraine in Donetsk region.

Note, the day before, may 7, were carried out repair-restoration works of high voltage power lines (the area of the Donetsk filtering station) and at 18:30 launch of the DFS.

We will remind, on may 2 the head of the Donetsk HAV Pavlo zhebrivskyi said that the Donetsk filtering station was again left without electricity. “Again de-energized Donetsk filtering station. The reason for the termination of supply is not yet established. Reported this to our representative office in SCCC and given the request for silence. Construction electricians need to go to the area of DFS to determine the cause and nature of damage. Water storage tanks in the city of Avdeevka will last for several days feeding on schedule,” wrote then zhebrivskyi on his page in Facebook.

Let’s add, that on 28 April the plant was first switched on a new line of power supply, which comes from the village Ocheretino yasinovatskiy district, Donetsk region.