Bezviz for Ukraine and the activation of the “channel format”. Five things you might oversleep 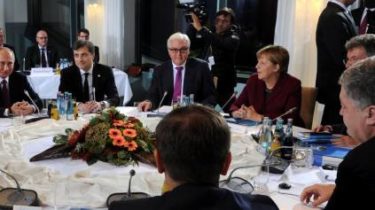 1. On 11 may, the Council of the European Union must finally adopt a visa-free regime for Ukrainian citizens. This was stated by President Petro Poroshenko. Recall the bureaucratic formalities on the way to bezveze come to an end. On 26 April, the Council of EU ambassadors (permanent representatives Committee) carried out the first procedure on the granting of visa-free regime for Ukrainian citizens. The decision is purely formal, as all the nuances were agreed earlier. Read more→ 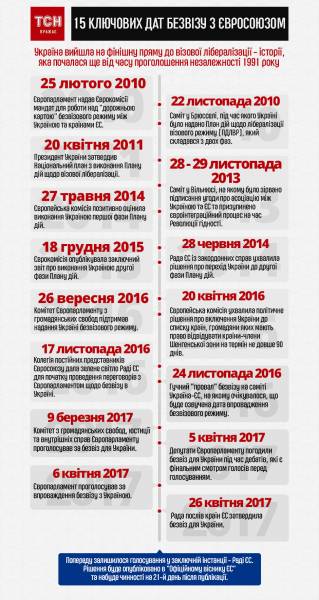 2. Ukraine stands for intensification of the “Normandy format” (Ukraine, France, Germany and Russia) to resolve the conflict in the Donbas. This was stated by President of Ukraine Petro Poroshenko. “We stand for the activation of the “channel format”, – he said. Read more→

3. President of Ukraine Petro Poroshenko called Russian President Vladimir Putin, the man who captured antediluvian ideas about geopolitics. The President of Ukraine noted that as in the days of the Second world war, the Ukrainians again today on the front, and on the territory of our state, “turned the front of the confrontation of the aggressor, the front of struggle for the values of democracy and the rule of law front for the free world”. Read more→

4. U.S. Secretary of state Rex Tillerson knows about the Russian aggression against Ukraine in detail because it was discussed and debated different solutions to the situation. This was stated by Minister of foreign Affairs of Ukraine Pavlo Klimkin. “He now understands not just the overall logic of our common position, and is aware of all the details,” – said the head of the Ukrainian foreign Ministry. Klimkin hopes that the Secretary of state “to put pressure on the Russian side with the aim of implementation of the Minsk agreements. Read more→

5. A bipartisan group of U.S. senators signed an open letter to the President of the United States Donald Trump about the necessity of implementing foreign policy, including bilateral meetings at the highest level, with allies and partners, and then with Russia. A copy of the letter posted on the official website of Senator Robert Portman. Read more→