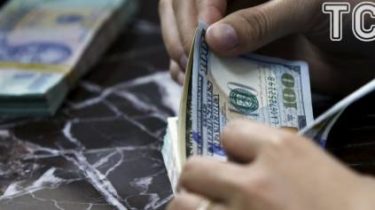 A new high-profile dismissal of the head of the FBI James Comey, who in the last six months investigating relations campaign headquarters the current President of Donald trump, impact on the dollar. The currency lost some positions. Also decreased the yield of US government bonds.

Pressure on the dollar also led to lower yield of gobongo USA. The indicative yield on 10-year government bonds fell from Tuesday 2,407% in Asian trading to 2,388%.

At the same time, the Japanese yen strengthened. The dollar against the yen fell 0.2% to 113,78. Still night (Kyiv time) the figure was $ 114,325, it was the highest since March 15. The yen was also supported by concerns that North Korea may be preparing for new challenges of a weapon.

The Euro traded unchanged at the level of 123,90 yen. Monday was 124,58 is the annual maximum, which was achieved after victory in the French presidential election a supporter of the EU of Emmanuel Macron. To the dollar, the Euro rose 0.1% to 1,0886 dollar, re-approaching a six-month peak in 1,1024 dollar (8 may).

Meanwhile today, 10 may, the head of the European Central Bank Mario Draghi is due to speak in the House of representatives of the Netherlands. Investors will watch for whether it will change the peace-loving rhetoric in light of the recent strengthening of the Eurozone economy.