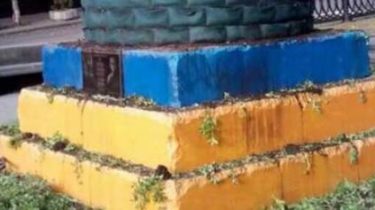 In the center of Kiev, unidentified persons desecrated a song from the rosemary, thyme, different types of mint, which was planted the pedestal remains of the statue of Lenin.

It is reported on his page in Facebook public Fund “Isolation”. 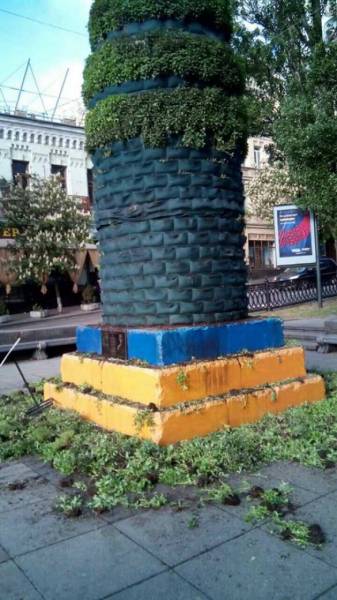 “The modern history of the place around which created the project “Social contract”, began with a controversial act of deconstruction. So the act of destruction installation of Mexican artist ISA Karlie “the Ritual of nature” is also considered as a contribution to the debate. Why the destroyed object, which is antidialogical?” – stated in the message.

Note that the activists decorated the pedestal of herbs on 2 may. According to the author of the project, the installation was through the healing power of nature “to neutralize the ideological tensions surrounding the pedestal”.