Replacement Gontareva. The national Bank will temporarily lead the other person 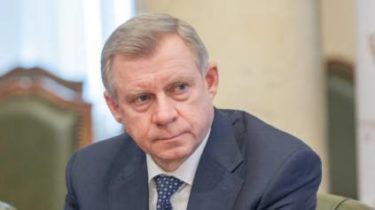 Today, may 10, the duties of the Chairman of the National Bank of Ukraine will perform the first Deputy head of the NBU Jacob Smoliy.

Valeria Gontareva, who has filed his resignation a month ago, yet goes on vacation. Who will be her successor as President, Petro Poroshenko is still officially undecided. His representative in the Verkhovna Rada Iryna Lutsenko explained that consultations on the candidacy of the new head of the NBU prevented the lack of session weeks in Parliament.

We will remind, under the law, the head of the national Bank appointed by the Verkhovna Rada on representation of the President.