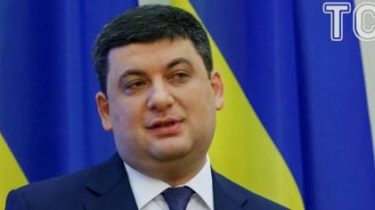 Nearly a million officials reported on their income for last year is double what it was in 2015, but still no Declaration at the national Agency for prevention of corruption is not checked. Meanwhile, independent analysts of the day considered the work of Ministers, says the story TSN.19:30.

For 2016, the members of the Cabinet have declared 289 million. Most of the income was in the head of the government – 28 million. Of these, almost half he got from the sale of property – only one SUV bargain $ 3 million. Now it seems like the car Groisman, but there is only his wife. “Most of my income is earned by property that I bought when I was engaged in business until 2006. Because of this, I could feel independent,” – explained his as Prime Minister.