Charlie Hebdo published a caustic caricature of Him and his wife 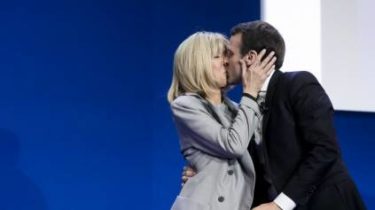 The new issue of French satirical magazine Charlie Hebdo has published a caricature of the future President of France Emmanuel Makron and his wife Bridget.

The caricature of him smiling next to his 63-year-old wife, which is illustrated pregnant.

“He will work wonders!” — reads the inscription on the cartoon.

Love with the difference in 24 years. As a potential President of France Makron fall in love with a teacher