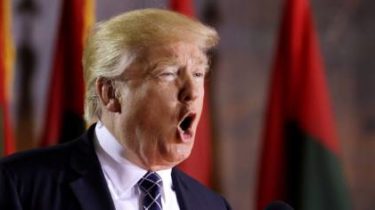 Ambassador of Ukraine to the United States Valeriy Chaly said that the Embassy is currently working on the preparation of the meeting of the President of Ukraine Petro Poroshenko and amerikanskogo leader Donald trump.

“The parties are now intensively working on the negotiation package in which the informative part is more important than dates,” said the diplomat.

He explained that it is not only the settlement of the situation in the Donbass in connection with the Russian aggression, the issue of Crimea, but also IO the bilateral relations.”

The unprecedented dialogue. Deputy Klimkin spoke enthusiastically about his meeting with trump

We will remind, today, on 11 may, the Minister of foreign Affairs of Ukraine Pavlo Klimkin met with U.S. President Donald trump and Vice-President Mike Pence. They discussed further support to Ukraine the United States.