Pranks of the Prince: in Norway 8-year-old pretender to the throne forced embarrassed the Royal family 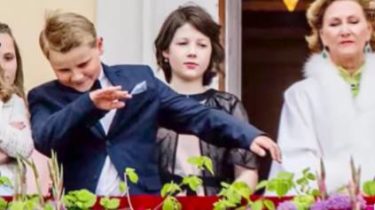 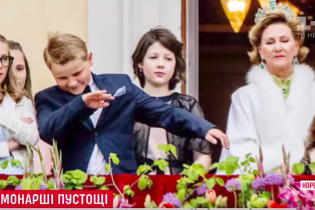 The Norwegians and millions of users around the world are shocked by the behavior of the third claimant to the throne Prince Sverre Magnus.

During the celebration of the 80th birthday of the king of Norway Harald and Queen Sonja, Prince became sad and he began to dance and show a variety of gestures, who amused the audience. And the Royal family from being a little embarrassed.

Video with a funny Prince was watched by nearly six million users.

Earlier, Britain’s Prince William and his wife Duchess of Cambridge Kate Middleton has demanded 1.5 million euros from the French magazine Closer for publishing pictures of a naked Middleton.

The trial began in France on 2 may. Lawyer Prince William and Duchess Kate says that publication of the photos caused damage to the Royal family.