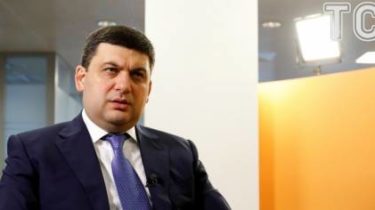 The head of Ukrainian government, Vladimir Groisman said that he was ready to resign, if you do not spend the pension reform before 1 October.

According to him, since October 1, more than five million Ukrainian pensioners will receive a “quite significant” increased pensions. In addition, the reform will provide for increase of pensions, but it will be abolished taxation of pensions to working pensioners.

“If I do not, please, I am willing then to resign, but I know that I do, I know we can do this together with the coalition President, agree on these decisions will be signed by the President, and we will realize them”, – said Groisman.