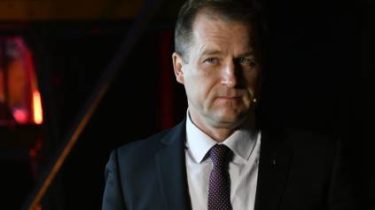 Today, may 12, employees of the Department of protection of economy of national police made two of the Protocol to the Deputy Chairman of the National Agency for prevention of corruption Ruslan Radetsky.

About this TSN reported police sources.

According to police, the Radetsky declined to verify e-Declaration of the Pechersk court judge Christina Tarasyuk, although NAPC received appropriate treatment. This judge recently closed proceedings against Radetzky for driving while intoxicated. As stated in the court order – because of absence of administrative offense. The police sees a conflict of interest in this situation, when the judge dismissed the case against Radetzky, and he did not take into account the appeal regarding the verification of its Declaration. For violation of anti-corruption legislation the Vice-Chairman of NAPC faces an administrative fine of 100 tax-free minimum.

We will remind, on 7 February this year, the patrol drew up a report on Ruslan Radetsky because of drunk driving. Police said they heard the characteristic odor of alcohol, saw the trembling of the hands and other signs of intoxication. To test for alcohol on the spot Radetzky refused, but later provided help from the experts who ran sober.