In Kiev, a man was brutally beaten to death his former teacher 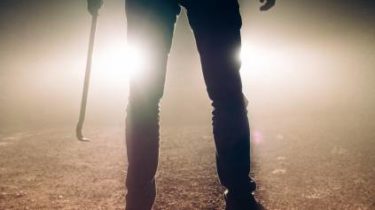 In Kiev Svyatoshinsky district 31-year-old man was beaten to death with a stick, his former teacher.

“A woman’s body with signs of violent death in the bushes near the house was found by passersby,” – said in the message.

According to police, the last time the former teacher had no permanent residence, so earning a living collecting bottles.

Law enforcement failed for several hours to establish a suspect in the murder, who confessed to the crime and said that in that day drank together with 63-year-old woman, and then I resent her for what she started to give him instructions.

During the investigative experiment, the man showed exactly how beaten his former teacher and where he dumped the murder weapon.

As the police found out, informed the detainee was brought to trial for crimes related to drug trafficking.

At present pre-judicial investigation proceeds, the murderer threatens till 10 years of imprisonment.

We will remind, earlier in the Rivne region, a man with his fists beat a 12-year-old boy because he decided that he had hurt his son. Police have launched an investigation for causing minor bodily harm.