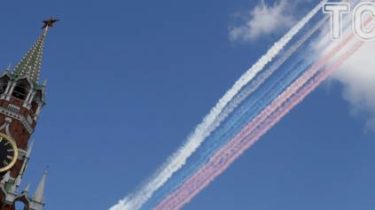 Russia for its actions against Ukraine are trying to prevent its integration into Western structures. This was stated by Director of national intelligence Dan Coates at a meeting of the select Committee on intelligence, U.S. Senate, may 11, reports “Interfax-Ukraine”.

“In our assessment, the strategic goal of Moscow in Ukraine – to maintain long-term influence on Kiev to resist the attempts of Ukraine to integrate into the Western institutions,” he said.

Intelligence named the biggest threat by Russia to Ukraine

Also Coates is convinced that Russia has a “military and diplomatic” pressure on Kiev in order to force him to implement the Minsk agreements “in the Russian interpretation.”

In addition, Russia is a threat to the United States from the point of view of cybersecurity, said the Director of national intelligence.

“Russia is a full-scale player in cybersphere, which will remain a serious threat to the United States government”, – he reported.

“Moscow has a highly efficient kiberprestupniki offensive, and in recent years, the Kremlin began to play in cybersphere more aggressive,” the report says.

Earlier, the NSDC Secretary Oleksandr Turchynov said that Russia will try to destabilize Ukraine as the organization of demonstrative terrorist attacks, and support for radical forces.