Poroshenko told who made the biggest contribution to getting bezveza Ukraine 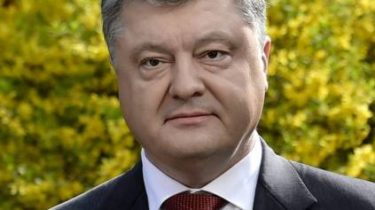 The President of Ukraine Petro Poroshenko said that over three years of his presidency, not a lot of people envy him because this is a hard question – was the President of a country at war.

“A great temptation now to say that it’s my job ( getting bezveza – ed), but it’s my work, Ukrainian diplomats, government and the like. 1 Dec 2013 millions of Ukrainians took to the streets during the revolution of dignity, then tens of them paid with their blood to make this choice took place. If you ask who made the greatest contribution, it is – millions of Ukrainians, and thousands of our soldiers who defended the sovereignty and Independence of Ukraine. With this the people and the army, it is very easy to make such steps,” – said the President.

Recall, may 11, the Council of Ministers of the European Union adopted the final decision on the grant Ukrainians the right to visa-free travel to the EU. Before that fateful decision, Ukraine went from independence, so Dnia gathered key dates associated with this event.

Details of key dates on the way to visa-free travel , see the infographic at the link.