Prices are rising but not as rapidly. In Ukraine slowed down inflation 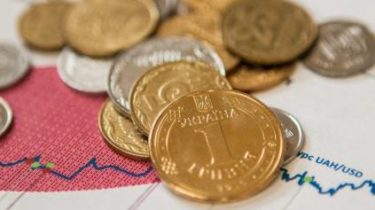 Consumer inflation in Ukraine in April amounted to 12.2%. In March the figure amounted to 15.1%. That is, though prices are rising, but not so fast.

On a monthly scale, the growth of the consumer price index amounted to 0.9%. This is evidenced by the state service statistics.

“The rapid deceleration of annual inflation in April was expected and was primarily the result of the exhaustion of the impact of a number of administrative factors. In particular, in April 2016 has been a significant growth of tariffs for natural gas, which will affect the base of comparison of the current year. Actual inflation in annual terms was slightly below the trajectory of the National Bank forecast published in the Inflation report (April 2017), which implies a slowdown in CPI to 9.1% by the end of 2017. This is primarily due to weaker-than-expected pressure from fundamental factors”, – said the NBU.

“It expected a slight acceleration due to further reflect in the price increased costs, including labor costs, and secondary effects from higher prices for raw products, particularly meat. The effect of these factors was realized, led to the acceleration of price growth on food products with a high degree of processing and the prices of the services included in the rate of core inflation. However, their effect was offset by other factors,” – said the national Bank.

In particular, the hryvnia has strengthened its position and improved inflation expectations, in April prices of clothing and footwear grew not as fast as predicted. Also continued to slow the growth of prices of home textile, household appliances, kitchenware, pharmaceutical products, and the prices of some goods remained below last year’s (audio – and video equipment, laptops, mobile phones).

At the same time, rising prices for crude food goods accelerated to 10% in annual terms. This is explained by the fact that in the spring of last year the Ukrainian market has brought a lot of Turkish goods, which led to lower prices. Then it occurred due to the Russian embargo on Turkish goods. In the same year in Ukraine is less than the range of vegetables and fruits, including through increased exports and reduced imports. This led to a slowdown in the fall in vegetable prices in annual terms and the resumption of growth of prices for fruit.

Accelerated growth of prices for meat and raw milk as a result of increasing production costs and intense export. In April, dropping eggs.

The growth of prices and tariffs, which are governed administratively slowed to 25.7% in annual terms (for the month amounted to 1.2% compared to March).

“This slowdown was primarily the result of the exhaustion of the impact on annual inflation substantial increase of natural gas tariffs in April last year, which affected the comparison base in April 2017. In addition, despite the regular increase in excise duties from 1 April on separate types of alcoholic beverages, prices for these products slowed growth. The growth of prices of tobacco products also slowed a bit due to the exhaustion of effect of a favourable comparison base. At the same time, in April accelerated the rise in prices of postal services due to the reflection of increase of tariffs for services of PJSC “Ukrpochta”, as well as the rising cost of services other private postal services. In addition, as in previous months, a significant factor in the acceleration of administratively regulated prices was the increase of tolls in road passenger transport as a result of growth of cost of services provided”, – stated in the national Bank.

Fuel prices for the month increased by 1.2% (at an annual rate of 21.3%). Especially the increased cost of liquefied natural gas due to disruptions in supplies from Russia.

The national Bank hopes that inflation by the end of 2017 is expected to grow at 8% plus/minus 2%. Although it is rather a plus – the latest inflation forecast from the Bank is 9.1%.

Earlier, the national Bank stated that Ukraine’s economy growth slowed after the blockade of the occupied Donbass.