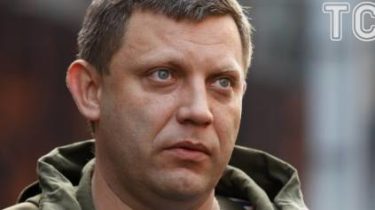 “We have one goal – reunification with the Motherland, and the Motherland is Russia. The ultimate goal of this Committee, all the work is aimed only at one thing – the return of the native”, – quotes RIA of “news” quote of the action with a meeting of the integration Committee.

We will remind, earlier the Bloomberg Agency with reference to own sources reported that Russian President Vladimir Putin tightens control over the occupied territories of Eastern Ukraine and wants to separate the Donbass from Ukraine by a gradual integration with Russia.

Press Secretary of the President of Russia Dmitry Peskov called “naive and primitive” media publications about the attempts of Moscow to separate the Donbass from Ukraine.

“For many years, and President Putin, and Russian representatives at various levels say this: that Moscow does not try to integrate into the Russian Federation of the unrecognized Republic of Donbass – “DNR” and “LNR”, – said the representative of the Kremlin.