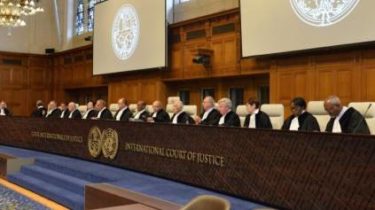 On Friday, may 12, in the Hague took place the meeting of the delegations of the parties in the “Ukraine against Russia” in the ICJ.

This was reported by the press service of the foreign Ministry of Ukraine.

The meeting was chaired by the head of the Court, Ronnie Abraham. It has been determined the schedule of further procedures in the case.

In particular, Ukraine has submitted its written Memorandum until 12 June 2018, the Russian Federation its counter-Memorandum prior to July 12, 2019.

The press service explained that the timing of the filing of the Memorandum Ukraine – 13 months – correspond to the General intentions of the Ukrainian side.

The results of the meeting, which was procedural, will be decorated with the order of the head of the Court.