The situation in the ATO: losses among Ukrainian soldiers there, but the militants 20 times beat on positions of the APU 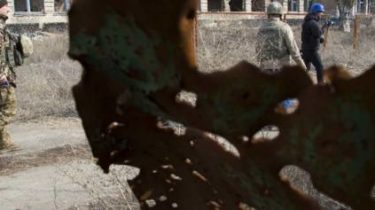 In the ATO zone since the beginning of the day on 13 may, the militants have carried out 20 attacks on the positions of Armed forces of Ukraine. At the same time, losses among the Ukrainian military was not.

This is stated in the summary of the press center of the ATO headquarters for the day as of 18: 00.

“Attacks of positions of forces of anti-terrorist operation from the Russian-terrorist troops do not stop. Since the beginning of the day, the militants 20 times opened fire on positions of Armed forces of Ukraine”, — stated in the message.

The most active militants shelled strongholds of forces ATO on the Maritime sector. In particular, the 120-mm mortars, the enemy fired on our positions in the area Novotroitskogo, Carmalita, Shirokino and Krasnogorovka. On the same whatcah the boundary line, and near Pavlopol and Water, illegal armed groups periodically beat from small arms, rocket-propelled grenades of various systems and heavy machine guns. In addition, the positions of Ukrainian soldiers near Krasnogorovka and Carmalita came under enemy fire from 82-mm mortars.

As for the Donetsk direction, then it is under fire from 120-mm mortars hit the positions of Ukrainian units in the area of Lugansk and Avdeevka. Also strongholds of ATO forces near Luhansk and Verhnetoretskogo was fired on by enemy mortars caliber 82 mm. From Verhnetoretskogo by Ukrainian armed forces soldiers opened fire and the enemy sniper.

But at the Lugansk direction there were just two attacks. Ukrainian soldiers, who perform tasks in the area of Crimson, was fired by militants from manual anti-tank grenade launcher. Later, one of the strongholds of the armed forces of Ukraine in the Crimean at the same time the enemy fired 82-mm mortars, weapons infantry fighting vehicles and heavy machine guns.

“Units of the ATO forces fully control the situation in the zone of its responsibility and, if necessary, ready to give the enemy a fitting rebuff”, — stated in the headquarters.

We will remind, the day before, may 12, in the result of attack by fighters of the settlement of Chermalyk in Donetsk region gunshot wounds has undergone a peaceful inhabitant. Ukrainian woman with a diagnosis of gunshot wound of the left calf was sent to the hospital.