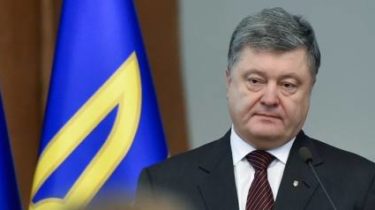 The family of the President of Ukraine Petro Poroshenko during the three years spent 700 million UAH on the army and infrastructure projects.

This is stated in the report of the Fund Poroshenko.

Half of the money – 350 million UAH. – was spent on the Ukrainian army. The money bought military equipment, cars and car equipment, clothing and footwear, foodstuffs, drones, medicines and the like. 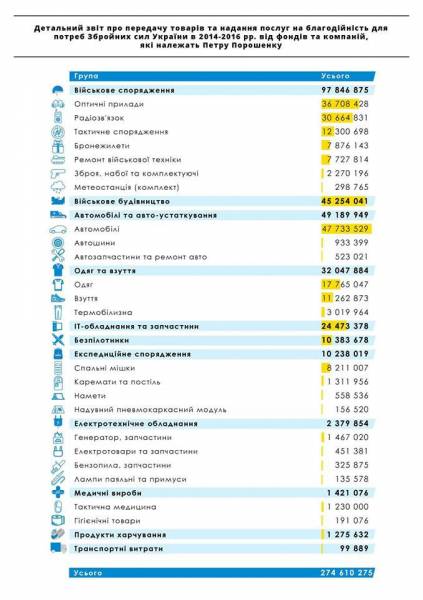 “Without his financial aid would not appear the Main Directorate of development and support of the material support of the armed forces, and the pirates Dmitry Marchenko would not be able to buy furniture and computers, sewing machines and vinyl cutters for patterns. Without his financial assistance skidded the project Diana Petre to reform the power of the army, the project of CDA anti-terrorist operation Alexey Alexios Lipiridi. Without his financial aid didn’t “take off” would be dozens of projects Natan Chazin. Nelly Stelmakh and the Fund of help to the country Wings of the Phoenix wouldn’t have done 20 washing Kungu for airborne troops”, – noted in turn the adviser of President Yury Biryukov.