Klimkin have “disclosed” the contents of the meeting with trump: Russia will not be supported 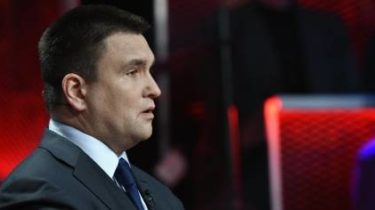 Foreign Minister Pavel Klimkin is preparing a meeting of the presidents of Donald trump and Petro Poroshenko. The diplomat argues that it does not matter the order of the meetings of the American leader with Russian and Ukrainian colleagues, because the US President clearly outlined his vision of the situation in the Donbass, says the story TSN.19:30.

According to Klimkin, the talks, the us President supported the Ukrainian side. The conversation lasted half an hour, trump asked for an opinion as to appease Russia, to which Belarus is voiced arguments Poroshenko. Agreed that the United States will continue to insist on fulfilling Minsk agreements: first, Russia must withdraw its troops from the Donbass and to transfer control over the border, and only then Ukraine will prepare elections there.

“Russia has made actually by the occupation to the status of a Russian protectorate. This will never happen – and that Russia will not support any United States (it’s really the result of all my meetings in the United States) nor the European Union”, – said Klimkin.