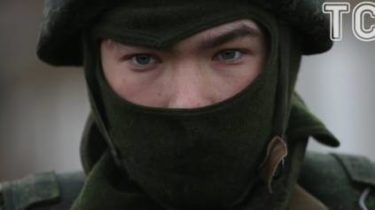 In the Donbas to the end of the Russian occupation forces continued deaths of personnel due to violations of the rules of handling weapons and ammunition.

It is reported by the Main Department of intelligence of the Ministry of defense of Ukraine on the page in Facebook.

In particular, losses also occur due to uncontrolled and chaotic mining advanced positions without mapping the minefield.

“On may 13 during rotation at the forefront 11 separate infantry regiment, 1 AK armed forces near the settlement Spartak mini Russian-made mon-50 has blown up a group of soldiers, of which severely wounded Russian officer”, – is spoken in the message.

In addition, it is noted that to conceal the real circumstances of the incident, the command of the regiment carried out a report on the wounding of Russian servicemen as a result of a mortar attack of positions of forces ATO.

We will remind, in the occupied Donbas has increased tension between Russian military personnel and local fighters. This increases the level of collective mistrust of personnel to the command of formations and units of 1 (Donetsk) and 2 (Lugansk) AK armed forces, primarily to the Russian officers who are suspected of fiddling with the money supply of involvement in the theft of weapons and other military equipment, as well as associated with the local criminals.