The increased attacks and the tragedy at the plant. Chronicle of the ATO 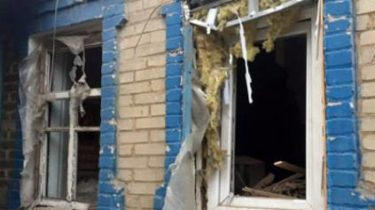 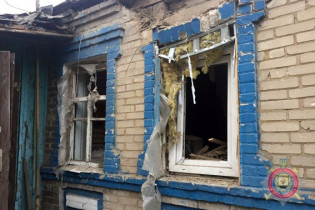 In the zone of the ATO complicated the situation, the militants are stepping up attacks. This is stated in the report of the headquarters of the antiterrorist operation as of 6 a.m. on may 14.

In General during the day militants fired 61 times, including 33 times – strongholds in the coastal areas. Strongholds of forces ATO near the Water, the enemy fired from 120-mm mortars and cannon artillery caliber of 122 mm. Margin of the same settlement, as well as OSCE observers came under enemy fire from APCS, 82-mm mortars and small arms. Near Gotovogo the militants fired anti-aircraft guns. Illegal armed groups fired at our positions near mykolaivka, Pavlopol and Chermalyk with small arms, grenade launchers, heavy machine guns, some mortars of caliber of 82 mm. From APCS and mortars of calibers of 120 mm and 82 mm enemy was again fired upon by the defenders of Marinka.

On the Lugansk direction in the past days recorded 8 episodes of the use of weapons by militants. Late night Russian-terrorist troops beat on the Ukrainian positions near Novozvanovka of 122-mm cannon artillery and mortars caliber 82 mm, 120-mm and 82-mm mortars and weapons tanks, the enemy fired at our strong points in the area of the Trinity. Near the Crimean fired from mortars of caliber of 82 mm and BMP weapons.

In the direction of Donetsk Pro-Russian gangs most actively fired at our soldiers in the area of Avdeyevka and on the arc Svetlodarsk. Only 20 such cases. In particular, the suburb of Avdeevka militants methodically fired from small arms, grenade launchers, mortars of 82 and 120 mm. And during enemy fire in the locality of artillery systems with a caliber of 122 mm, a shell hit a house of civilians, resulting in four civilians died at the scene, one local resident was seriously injured. In the area Novoluganskogo fired at our positions from small arms, grenade launchers, 120 mm mortars, as well as carried out a fire attack with MLRS BM-21 “Grad”. On the same direction under the fire fighters were strongholds of ATO forces near the Sands, Verhnetoretskogo, Kamenka, Russian Federation, Luhansk and Trinity. The enemy used virtually the entire spectrum of small arms and grenade launchers, some mortars caliber 82 mm and 120 mm, the armament of infantry fighting vehicles.

As a result of shelling over the past day, four soldiers of the armed forces of Ukraine were injured.

Note, President of Ukraine Petro Poroshenko has cancelled a visit to the Eurovision song contest-2017 due to the death of civilians in Avdiivka.