A female soldier was seriously injured in Donbas – defense Ministry 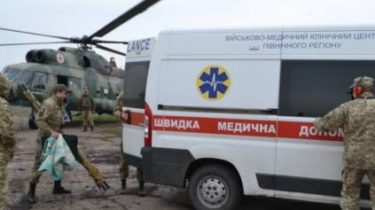 One of six wounded in the Donbas fighters due to attacks by militants is a female soldier.

This was stated by the speaker of the Ministry of defence of the ATO Andrei Lysenko.

“Over the past day as a result of active hostilities deaths in the ranks of the Ukrainian military there, but six soldiers were injured. One of the wounded – woman-soldier”, – he stressed.

According to Lysenko, now the wounded is in serious condition.

In addition, the defense Ministry spokesman said that the ATO forces suffered losses during enemy shelling in Avdeyevka and Vodyanoye in the direction of Mariupol.

Recall that the terrorists in the Donbas over the past day, 49 times opened fire at positions of the Ukrainian armed forces along the demarcation line.