Azarov has continued to sponsor separatist rally for the creation of “Rivne Republic”. 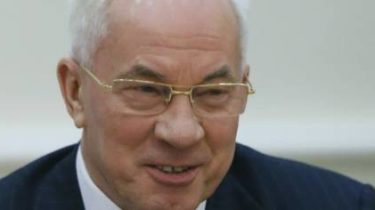 This was stated by the head of the SBU Basil Gritsak during a briefing, the correspondent of TSN.

“We documented that, “the Committee of rescue of Ukraine” headed by ex-Prime Minister of Ukraine Mykola Azarov, via courier gave the organizers 4 thousand dollars”, – he stressed.

According to Hrytsak, the students received for participating in the campaign for 200 UAH each.

In addition, the head of SBU noted that at the time of the meeting and detained a local resident, and two of the organizers – from Lviv and Kyiv, which confirmed that the action plans “the Committee of rescue of Ukraine” and the leader of the radical public organization “Emery” Nicholas Dulsky.